“I don’t remember who said this, but there really are places in the heart you don’t even know exist until you love a child.”
― Anne Lamott, Operating Instructions: A Journal of My Son’s First Year

Breezy changed schools just after Christmastime; she’s in a public charter school. She seems to be learning a lot. She engages her Papa and me in lots of conversation on topics that she didn’t before.

Mind you she is in Kindergarten. She says, “Did you know the first flag of the United States had 13 stars on it?”  “That’s right, I added, and Georgia was one of those first 13 colonies.” “Yes, and so was Alabama!,” she replied.  Haha. I let it go. Her mom has family from Alabama and they’re all big Crimson Tide fans.  I’m from Texas and my team cry is Boomer Sooner (Oklahoma). I don’t have a DAWG in the fight!

“Did you know some other crunchies aren’t that important?”, she continued. “What?” Papa and I both looked at each other.  “Crunchies?”  I asked?  “Like cereal?”  “No!  Crunchies.”  “I’m not sure what you mean,” I said.  She was getting frustrated.  “Crunchies!”  Like you know when you go to Florida, to go somewhere else.”  “Oh!  Like when you go on vacation?” I asked,  “No!  Other crunchies, not a vacation! Like you go somewhere else!” she said emphatically.

“Oh!” It dawned on me.  “Countries. Other countries.”  Papa pronounced it too. “Coun-tries!”  “Well, it sounds like crunchies,” she replied. And that was it.  She was embarrassed and quickly changed the subject.   We wanted to howl because it was so darn cute.  But of course we didn’t want to add to her embarrassment.

I never did find out why some other countries aren’t that important.  I’m thinking that she might be referring to the war for independence against the British.  Thus the first flag with 13 stars.

I also found out from her mother that her school recently celebrated an international night where they had lots of different countries’ information all over the walls.  Her drawing of an elephant and fact about Thailand and Bangkok were selected for display because of her good penmanship.  I was quite impressed.   Pretty big stuff for a 5-year old!   So the fact that she calls them “crunchies” is no big deal.  And, she did just lose three teeth two weeks ago.  Maybe it’s hard to pronounce “countries” missing three front teeth!  😉

Well, if you are a regular reader you know that I’m over the moon for this kid, whose blog name is Breezy.  She just never ceases to bring me so much joy, laughter, and love.

Folks, if you have a little one or little ones in your life, listen, love and laugh; they grow up so very quickly.  Soon they’ll know how to pronounce all the words, and you’ll miss those fun conversations of yesteryear. 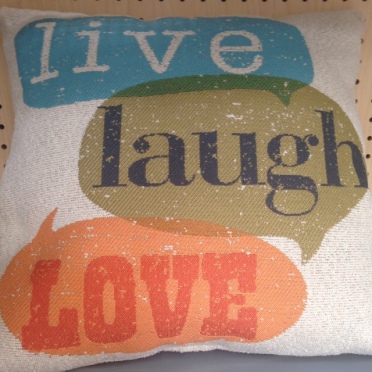